This is what happens when you buy a Gaelite sign…

Last week, Spar service station in Enniskerry had the pleasure of selling to a customer the winning Lotto jackpot ticket. With the lucky winner set to take home a cool €11,255,280!

The prize winning pot had been rolling over since June 12th, and is the biggest jackpot amount won in the last two years.

The highest ever Lotto jackpot win in Ireland was a staggering €18.9 million, which was won back in 2008. 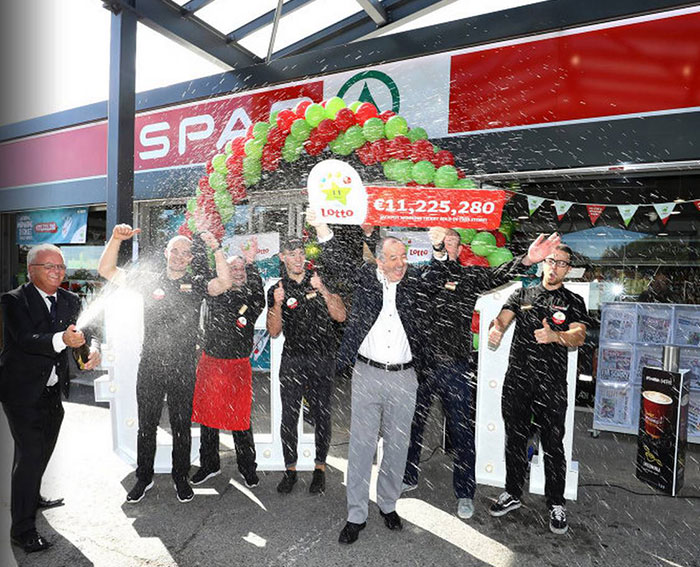 Photo: Ken O’Connor, owner of the Spar Services Enniskerry where the winning ticket was sold.